Why Isn’t It Sunny in Jakarta?

It was my first time to find a new Fijian acquaintance. While she was introducing herself, I shook her hand and something in my head began operating. “Fiji… Fiji… Fiji..,”it tried to locate the given country in my virtual world map.I consider myself an avid learner of geography so I refused to give up on the search that easily but I insisted on NOT using Google Map or whatever technology solution I may readily use. But later she mentioned about how frantic she had become while the less-than-pleasant turbulence in the height almost consumed her courage completely. She had to endure 10-hour flight and landed temporarily in Hong Kong before flying to Jakarta. And that was when the turbulence appeared.

Anshoo is a media liaison officer hired by Ministry of Social Welfare, Women and Poverty Alleviation of Republic of Fiji. And I didn’t know whether it is part of culture but she wore a long skirt, which was like a shock to me. I knew some women journalists here but none of them is a fan of long skirts. Jeans are the most preferred outfit of the journos. It’s just that. It feels almost natural for them to wear any trousers because long skirts won’t give them much comfort and agility to hunt potential interviewees or prominent figures that’ll make a blast.

But she’s just different. Maybe because it was an official visit. She had to dress properly, like a lady, yet I was certain to find the rebellious girl inside.

There’s no sun here, she said. “Everyone stays in skyscrapers like this and look at the sky, something is missing!” Yes, it was cloudy that day and inside the room the temperature was not room temp at all. Too cold for tropical native inhabitants like us. We like sunrays. We adore the sun. That’s why Indian hindus worship the sun, and the Japanese too. The sun is the major source of life on earth and that’s what I have recently felt, as my health had declined after weeks of bad sun-less weather.

And speaking of Indian, Anshoo told me she’s of Indian descendant, which is so obvious. No, she didn’t put bindhi on her forehead but the face and complexion and the way she speaks explain it all. No declaration is further needed. But here she approached me after we shook hands,”Are you Indian?” She supposed I am one because perhaps due to the fact that my name sounds a lot like an Indian name (some think it’s Arabic) and at a single glance, I look like one. I have no bushy beard or any facial hair a grown-up Indian man usually has but maybe I look like an Indian teenager, adolescent who goes to college still or just graduated recently. This led her into thinking that I’m an Indian by blood. Sadly I am not. I’m quite sure I have no Indian ancestors 2-3 generations before me. So I laughed at her hypothesis.

A question made me gasp, as I tried to provide real answers for her. “The moslems don’t allow christians to practice their belief here, I heard. Is it so? Tell me?” I couldn’t and wouldn’t lie there’s no such a thing happening here but all I know is that the tolerant understanding majority don’t act that way. Though I have to bitterly admit some hardliner groups become provoked and later outraged when they see a church is going to be built. Of course it is by no means saying that Indonesia, as a nation and a country, is anti-Christ for Christians but such cases would be quite rare to find in reality. Most of us non-hardliner moslems don’t mind churches or temples or any shrines near us. It’s just the media outlets that choose to spread this story on and on and on, because such controversy is a potential commodity to them and for the business. Bad things are more likely to be read and to go viral and simultaneously leaving very meager space for more positive stories. And what’s even better than a negative piece of story which can spark continuous debates everyone wants to be involved in?

And while we were walking down the squeaky clean, super lavish and majestic mall, she praised us,”You guys are lucky to live in Indonesia. So advanced… Prosperous…(Her eyes swept every inch of the mall)… We don’t have malls like this in Fiji. This is huge.” And a moment later, we got near to the window pane through which you can see some buildings’ rooftop. There were we casting our glance at the street with friendly traffic and spotted a seemingly tiny pocket of slum area just a few hundred meters ahead. I thought she’d changed her mind. That went without saying.

As we were having lunch, a series of more topics rolled out. Like marriage. I know it was going to be discussed anyway, like I have never had enough of it so far. This 29-year-old journo is unmarried and complained how silly marriage at young age may seem to her. “That’s cool,” I thought. Yeah, it’s so cool for a girl that old to be stubborn enough about this sensitive personal issue. Get married only if you are ready and feel like you’re prepared with all the risks and consequences ahead. Either 100 percent or nothing at all, to be succinct. Indian parents, like any other Asian parents now, are also worry about their daughter but what can they do about it? It is to me a natural phenomenon. We have gone through the baby boomer era, when people got married at young age and had kids like cats and mice (I meant they produced too many children during their lifetime) and now look at what they’ve been doing, the earth is so overpopulated! And I guess there’s a mechanism to halt this awfully rapid growth of world population.

Fiji. Every time I hear that, my mind projects a tropical island like Hawaii. Beaches, coconut trees, blue oceans. I kept asking,”And are there maybe sharks? Is that somewhere in Pacific Ocean? And why is it ‘Pacific’? Is it for the pacifists? Is it where everyone is opposed to violence as a means of settling disputes?” But Anshoo was so talkative I never had a chance to ask these questions to her.

Now I know Fiji is an independent state within the British Commonwealth located on the islands. It is a group of more than 800 islands (100 inhabited) in the southwestern Pacific. Viti Levu and Vanua Levu are the two major islands, which is of volcanic origin. There’re coral reefs around Fiji and smaller islands are coral.

Anshoo never knows today is sunny here as she always expects as a lover of sunrays. Sunrays that dry up all the laundry and leave my landlady happy. 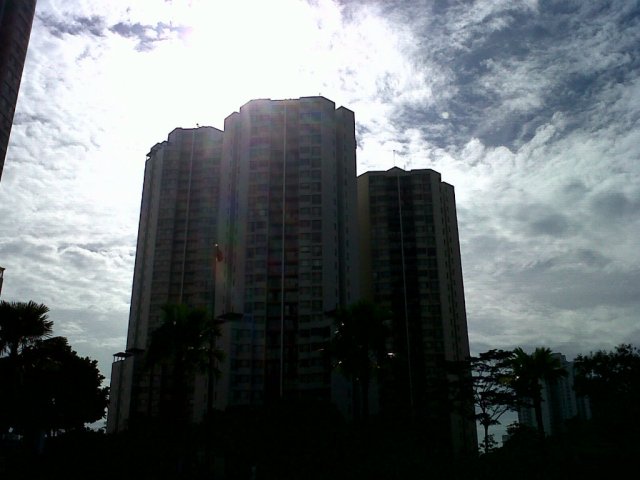