How to Get the New Generation of Journalists TOTALLY SCREWED

Technology is never guilty. But still most people claim it’s a double-edged sword. I crack a smile. These people are mostly as f*cked up as the problem they’re talking about.

As ridiculous as it may sound, we might need to recall how all this mess in journalism currently is blamed on the surge of information technology. To me, it sounds like a fool trying to blame his own foolishness. Human race is just looking for a scapegoat, naturally. Because technology can’t avenge! Or at least talk to the creator back.

Here’s what I can sum up from Calacanis’ thought about the mess that the fresh, newer generation of journalists have to work and live with.

First of all, to screw new journalists’ work ethics and lives in general, you as an employer have to put too much pressure on these budding journos. Put the pressure with no mercy AT ALL.

Calacanis points out that more than 75% of the new generation of journalists out there are under pressure. Geez, he’s wrong in that almost all journalists are always under pressure, so are the churnalists (you know what churnalism means, I suppose). Pressure free is almost always impossible, except if a journalist writes for sheer fun. Yet, I agree with his idea that new journalists are now even more and more miserable under the inhumane demand of their employers.

“We know that a simple headline, factually correct, factually stated, accurate, does NOT drive traffic. But deception, lying, playing with words, bending the truth raises the number of tweets. What’s the impact on active journalism? Is this sending us in the wrong direction?!!” he questioned.

Another thing to make these new journalists screwed is leave them work days and nights without mentors. By mentors, I mean people who have the know-how, real experiences and time and resources to share with these poor young journalists.

Next, once they have no appropriate mentors, you can also strip them off their editorial assistance. That means they’re allowed to publish whatever they want to publish without any substantial copy editing done and rigorous fact checking the way old school journalists used to do.

Also, you have to push them. Like really really PUSH them to publish MORE content FASTER than their predecessors and at the same time remind them of maintaining VERY HIGH quality standard of journalism. Calacanis said they all are “a recipe for disaster”.

That way, if our new journalists make mistakes, offend people, or spread bogus news all over the world, they have no choice but take the blame.

That said, a mini apocalypse is on the way. To say the least, maybe democracy is falling apart. 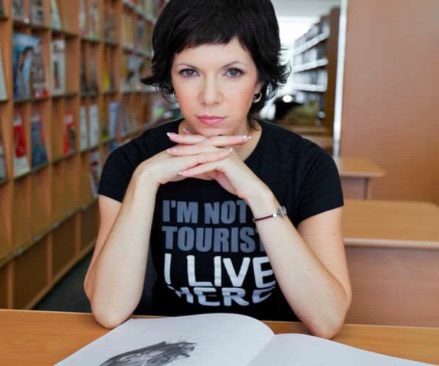