“But I found that the longer you teach, the more you feel like a total stranger to yourself.”- p 905

“Once you have achieved something so magnificent, you have to be content with it.”- p 909

“Knowledge and ability were tools, not things to show off.” – P914

“Ever since she could remember, she had always hated this thing called God. More precisely, she rejected the people and the system that intervened between her and God. For years she had equated those people and that system with God. Hating them meant hating God. (…) They preached about God’s kindness, but preached twice as much about his wrath and intolerance.” – p928

“Writers have to keep on writing if they want to mature, like caterpillars endlessly chewing on leaves.”- p946

“People need routines. It’s like a theme in music. But it also restricts your thoughts and actions and limits your freedom. It structures your priorities and in some cases distorts your logic.” – p 972

“If you do the same things everyone else does, in the same way, then you’re no professional.” – p 973

“There are lots of things ordinary people can do that I can’t. (…) On the other hand, there are a few things I can do that most other people can’t. And I do these few things very, very well. I’m not expecting applause or for people to shower me with coins. But I do need to show the world what I’m capable of.”- p 1005

“‘Your father must have really liked his job. Going around collecting NHK subscription fees.’
‘I don’t think it’s a question of liking or disliking it,” Tengo said.
‘Then what?’
‘It was the one thing he was best at.'” – p 1054

“Good – that’s what’s most important, he thought. Everyone’s death should be mourned. Even if just for a short time.” – p 1096

“The things she most wanted to tell him would lose their meaning the moment she put them into words.” I p 1106

“I’m the one who decides what’s good and what’s bad – and which way we’re headed. And people had better remember that.” p 1107

“If death brings about any resolution, it’s one that only applies to the deceased.”- p1123 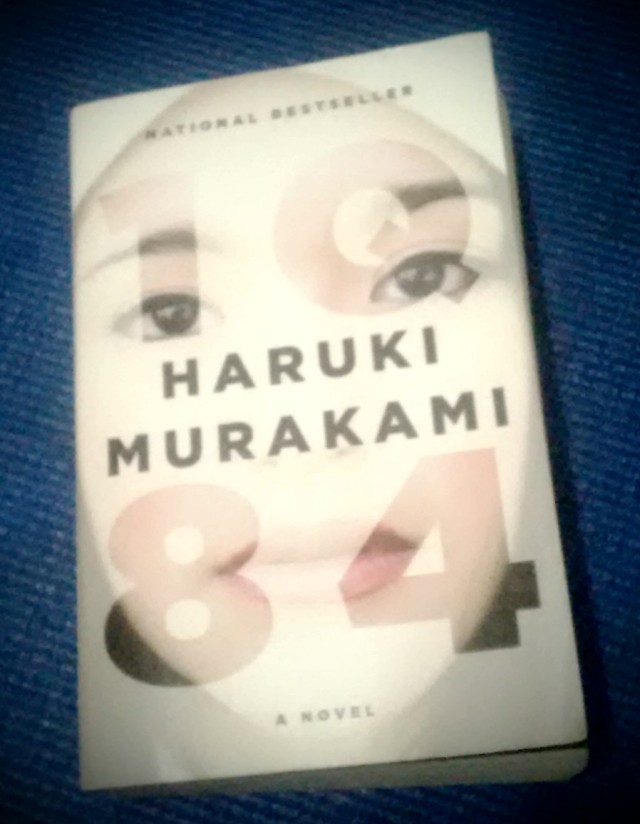